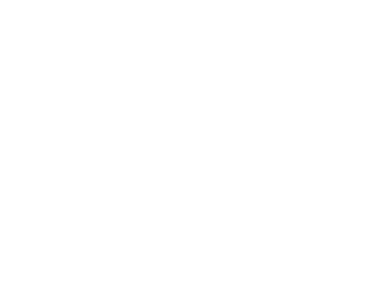 “Everywhere I looked, I saw what could have inspired the olive-coloured dial of my 3 Timer Haagen Edition as well as that rich ‘Barbour green’ colour on the Oktopus Deep Sea.” – Kristian Haagen

How long have you known Jørn and what has been your involvement with the LW brand to date? I first met with Morten and Jørn in 2007. I heard about their brand through a Danish retailer and that sparked my interest. I also bought my first LW the same year: the Elemental.

What provoked the idea to explore Scotland by Defender with LW? My girlfriend and I attended Jørn’s wedding in Scotland earlier this year and Jørn mentioned they might spend their honeymoon in a Defender cruising the Scottish Highlands. That was right up there on my bucket list, however it was decided the trip should be a Linde Werdelin Explorer trip instead. Because, you know, who in their right mind would be ok with high-jacking a honeymoon!

How did you feel the landscape of Scotland was reflected in some of the LW pieces you brought on the trip? I have seen amazing landscapes around the world. But Scotland really took me by surprise. Everywhere I looked, I was stunned with the endless scenery. The snowy mountain tops, the misty morning drives, the mirrored lochs and thick forests.

I brought my 3 Timer Haagen Edition as well as my Deep Sea for the trip. And I noticed how well these two fitted into the earthy tones of the Scottish Highlands. Everywhere I looked, I saw what could have inspired to the olive-coloured dial of my 3 Timer Haagen Edition as well as that rich “Barbour”-green colour on the Deep Sea. That said, Jørn’s Volcano as well as the 3 Timer Rock also could have easily taken inspiration from the wild nature there.

Did you encounter anything on the trip that made you change your perspective on something? Well, I want a 110 Defender more now than ever before! And with a tent on the roof too!

Were there any challenges on the trip? Jørn likes to drive fast! He really floored his Defender. At one point I lost track of him. No phone connection. GPS died too. That was challenging.

What was the highlight of the trip? The wild camping we did on a sheep farm near Armadale on Isle of Skye will forever be on my Most Amazing Thing I Ever Did list. Setting up camp, cooking over the campfire (both dinner and breakfast) and waking up on top of the Defender watching the sun set over the ocean. That….was…mind-blowing.

Any thoughts on future expedition ideas with LW? I think this trip was the start of something new: exploring the world in a Defender and wearing our LW watches in rough environments. Proving their endurance, no matter what the activity. On future trips I would like to meet up with other fans of the brand.

Kristian and Jørn’s expedition route took them through the Scottish Highlands: Aviemore driving westward to the Isle of Skye, then south to Loch Lomond, and finally driving north to Braemar in the Cairngorms National Park.